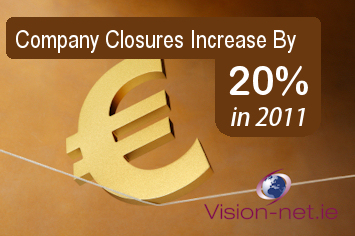 On average, five companies were declared insolvent every day in 2011. Our figures show that companies in the Hotel & Restaurant sector were hardest hit by the recession.

Last year saw 181 companies in the Hospitality sector close, accounting for about 9% of all business failures.

Of the 16,145 Construction companies analysed, 9,529 of them showed signs of business failure while, in the Real Estate sector, where 14,536 companies were examined, almost half were considered to be in danger of insolvency.

In the Motor trade, just less than half of the companies surveyed were struggling to stay solvent while, in the wholesale and retail sector, 5,522 companies of the 10,850 analysed were deemed to be high-risk.