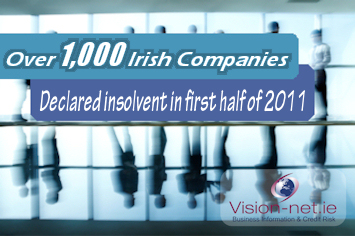 The first six months of 2011 saw a 11% increase in insolvencies when compared to the same period in 2010. 1,008 Irish companies went in to Liquidation, Receivership or Examinership between the 1st January & 30th June 2011.

While the number of Company Start-Ups in the first half of 2011 was slightly above the levels we've experienced during the same period in recent years, the number of Irish Companies going out of business due to insolvency was up 11% on the first six months of 2010.

The most frequent type of insolvency that took place was a Creditor's Voluntary Liquidation (CVL). Almost two thirds of the 1,008 Company Insolvencies that took place were CVLs. In these cases the company may not be able to pay its debts as they fall due.

The second most commonly occurring type of insolvency was Receivership. Between them, CVLs and Receiverships accounted for 94% of Company Insolvencies in the first six months of 2011. 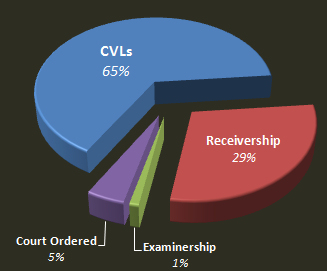 The number of First Time Director appointments continued to fall throughout the first six months of this year.

Just over 12,000 individuals were appointed as directors of Irish companies for the first time in the first half of 2011. This is a drop of 15% on the figure for the same period in 2010.