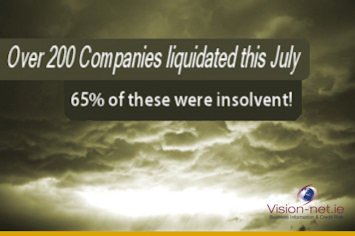 July saw the highest number of Liquidator appointments in any month this year. 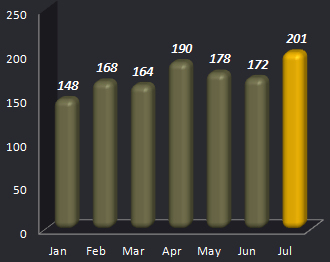 As you can see from the graph above, this is the first time that over 200 companies have had a liquidator appointed in 2011. This represents an 18% increase on the average number of monthly appointments (170).

Our research in to liquidations this July also showed that the majority of these companies were insolvent at the time of the liquidator being appointed. 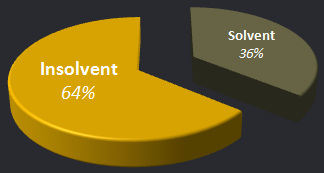 129 companies did not file an E1 Declaration of Solvency, indicating that they were unable to pay their debts as they fell due. This is a 14% increase on the number of company insolvencies that we saw in June of this year.

The number of companies that have collapsed this year. This figure is down 6% compared to last year
Click here to view the list 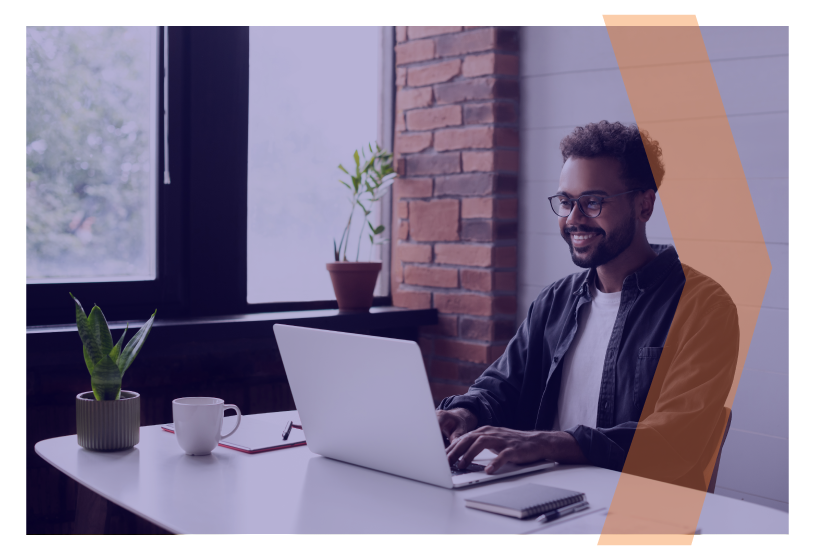