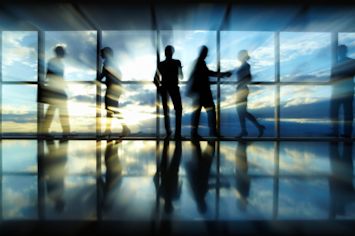 Five company insolvencies were recorded daily in June 2012 however, over 2,600 Start-Ups were formed during the month.

Our latest figures for June 2012 show that 116 Irish companies were declared insolvent between the 1st and 25th of the month, this figure is in line with the total recorded during the same period in 2011 (119).

Of the insolvencies recorded this month, 69% were liquidated, 30% entered receivership and an examiner was appointed to the one remaining company.

Despite the tough conditions entrepreneurial opportunities still exist. 2,606 start-ups were formed in the first four weeks of June 2012 - an average of 104 per day.

The three most popular industries for new businesses were the Professional Service, Wholesale & Retail and Social & Personal Service sectors which accounted for 47% of

As part of our analysis for June we stress tested just over 12,000 Irish companies to monitor risk levels.

Our findings showed that 47% of these companies could be classified as High Risk, meaning they were displaying signs consistent with business failure. While this figure is quite high, it is a drop of 8% when compared to the analysis we carried in May 2012.

19% of companies were classified as Medium Risk and the remaining 34% were deemed to be Low Risk.

Creditors secured the award of almost €10m in repayments from the courts in the first four weeks of June.

The number of companies that have collapsed this year. This figure is down 6% compared to last year
Click here to view the list