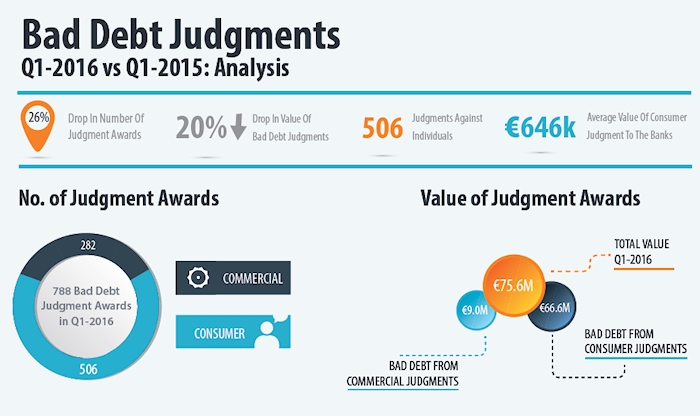 Our review of the first quarter of 2016 has revealed that 788 judgments were awarded against companies and consumers during that time - this figure is down 26% on the same period last year (1,064).

From a monetary point of view, banks were the main beneficiaries of bad debt judgment awards against consumers. In total they received E48.4m in 75 separate awards (an average of E646k).

Just over a third of judgments (282) were awarded against companies - an increase of 15%. The banks again received the highest value of these judgments having been awarded E5.6m of the E9.1m total. The average value of a bad debt judgment against a company in Q1-2016 was E32k.